Be Supercute. Be your own Hero. 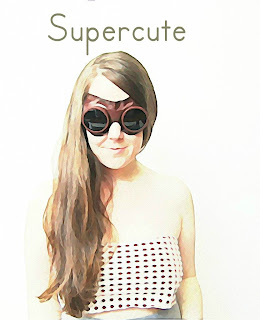 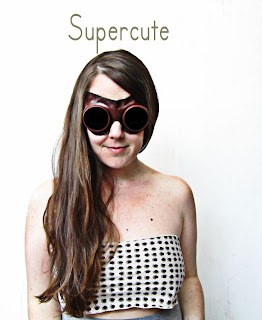 Good Day Dear Readers.I want to tell you so much but we would be here all day with my run on sentences.  The other day I had someone fuck with me.  I took it personally for a few hours.  Anyone would.  It wasn't small either, not like the time someone told me I had ugly knees.  That I blew off.  No this was major, this was a neighbor.  After a little while, I'd say a day or two of reflection the bothersomeness of it began to subside.  Once it began its retreat the strong being in me was waking up.  I started hearing my own words to other people.  The reason they messed with me was for a reason.  What is the reason?  For now it will mean that I have to pick up the pace.  Run harder, be fresh in ideas and with my mouth.  Yes I can be a sharp shooter.  One thing I am is a straight shooter.  I tell it like it is and expect the same in return from others.  Issue is it never happens.  The mutual respect or action is not reciprocated much in this society or with me.  That is okay.  I have come to accept this far long ago.  I deal with it though on a daily basis, always hoping it will change or bring to light its purpose. One thing I took on the other day was whimpering.  Why me, why not me..  wah wha.  Then a thought came to me from a show,  "I am no cry Buffy"  and I am not.  All this self analysis was wonderful therapy because it grew and grew until I made myself feel fucking awesome. The house was clean the dinner was made, the dinner dishes were in the cupboard and the husband and I perched upon our new fluff-o-matic bed with book and iphone news in hand ready to slumber the long day away.   The next day I woke to a rise and shine with the idea to give Camp Wilder some needed attention.  Out came the white board and the photo snapping began.  Then it was time for me to get behind the camera.  Not something I have been into as of late.  But I had to put those geek goggles on to get a feel.  They felt great.  They felt interesting.  I took the photos, loaded em'up and was very surprised how light and airy my presence come across in film.  I had a bit of fun with the editing. Then the next day, today.  I still had a slight high from all my self realizations.  I sat at the computer to load some items to Etsy and saw some of those goggle photos that I had missed the previous day.  BAM!  Supercute.  That is how I felt.  I felt like a superhero.  "No one becomes a hero by being normal" And I am not normal.  I am Supercute.  As dumb as that sounds.  Call it pretentious or what have you, see if I care.  Because it is the truth.  I have led packs silently all my life but I was the one bullied.  Now I know why.  Because I was the one that was super.  Everyone else was normal.  I was different.  I was awesome.  And I still am awesome.  It is up to me to remind myself of that fact each day. I don't know what my moral is exactly but there is one.  I am on to something.  For now.  For anyone that feels Supercute don't be ashamed of it.  Perhaps it is not the best policy to blurt it out because people are tough judges of character.  Have that badge of honor tacked tight to your chest and roll right over them.  Fly high and touch the sky.  Be Supercute.Yes it is my intentions to make badges, arm bands, masks, key chains all that kinds stuff because right now no one is and I'm gonna.  I want to be a super hero and I want others to be too.  I want others to feel like a hero.  I have had the honor of Citizen Cathy but that is for the goodness of society Supercute is for the goodness of yourself.  If I had a printer, silk screener, doll maker I'd have that shit pressed, printed and sent but I don't so I've got to pull the thread out and draw that up.  Below is the first time I've ever want to hang myself on the wall as a poster.  I can't believe it but.... I am Citizen Cathy by day and Supercute by night.  Am I now an honorary nerd.  Can I be a geek?  Is that were I fit.  My husband has always told me I am.  But where is the clubhouse to sign up for audition?  Anyone?
Email Post
Labels: Supercute