When I was a little girl I would record myself singing a song or reciting a made up story. When family holiday's roll around it was my chance to perform. Sometimes the stories were made up other times it was left over practice from school with a tom tom made from a used coffee can.

I always thought Hollywood was in my future. I sure was an attention seeker which begs the question why didn't I become an actress, producer, key grip or make up artist? Is it too late? I say not, some say yes.

Regardless of what the future holds I know one thing is for certain. It's way freaking cool. 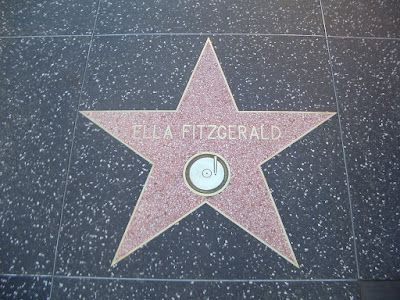 These photos are my hollywood moments. Remember I was barely there in my mind. One must go multiple times in order to understand what is happening around you. Seriously. One night, just one night when we were there for an art gallery opening which my husband was apart of we were gasping for air. Beside the art gallery in WeHo "west hollywood" is LA Ink. Filming was active at the time for a future aired show, which had me wondering which one she was? I didn't know her but quickly became familiar with who she was. Not far down the street from that was a HUGE exhibit for Obey. The line to get in the door must have been 8 blocks. It is a mind warp. And that was just in a 12 block stretch. There is no telling what was happening that Fall evening up and down and all around that place.

So each and everytime I'd see a movie shoot I'd watch for a bit. There is one photo I can't find of a man in a suit acting dead getting pounded by the ocean as a couple holding hands trots over him like he isn't there. No one watched this, no crowd. Just me. I try not to be that annoying star struck chic but if you look at the guys in the photos below they made me feel as if I were. sorry dudes and dudettes. I never hoover or stay long. 5 minutes tops. 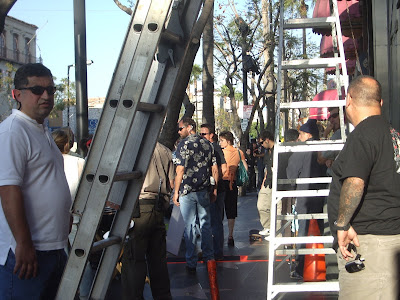 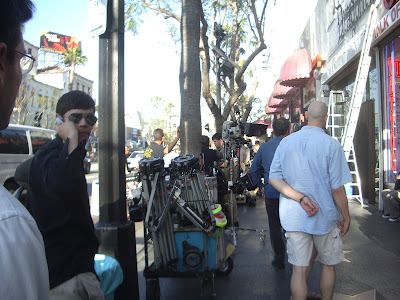 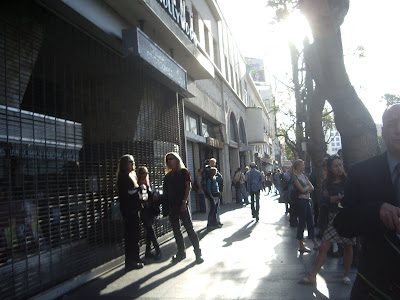 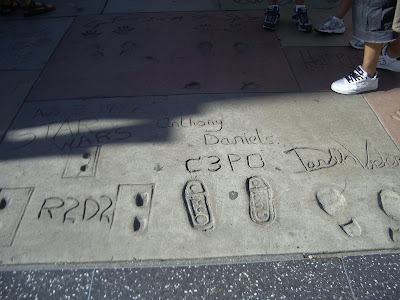 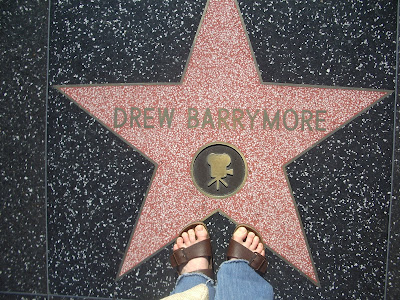 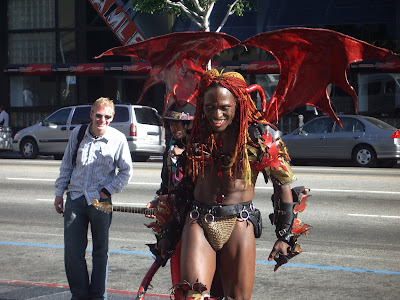