This is a great time to announce the name we chose for our baby girl still growing in my belly.  Clover May Janda.  We will call her Chloe.  The name was something we chose while in High School.  We wrote poems about her spoke about her, all sorts of things.  But her name was Daisy May.  Its no wonder she is still a wild flower growing over expanses of rolling hills.  As we were growing up I got very attached to the name May.  It was all my intention to name her May.  Perhaps next child for sure.  My cousins were having babies before me, with each pregnancy I got real nervous the name would be taken.  So it was a big surprise when we conceived and she was not May.  It's an odd thing to notice but she chose us and she is her own little being who introduced herself to us as Chloe.  We don't know a Chloe, but we are about to meet one.  Its an amazing experience to meet a new friend, shake hands and discover their name.  Hi I'm Catherine.  That is how it was with us.  She just told us.  Hey guys.  "I'm Chloe"

My husband is the one that had the revelation.  In fact I know how.  I'm a girl who likes to share visual stories but I do not have a photo of most of what I am about to say.  One day while driving around we were playing the name game.  Our list was long: Hazel, Luna, Rita, Juniper, Harbor, Eleanor, Lucy, Meadow...It was a long list.  So driving about we were hollering off names from signs we were passing.  Like Mechanic, theater, Lowes but there is this one he said which he does not recall.  There is a motel closed for the season here and the big white sign read CLO E.  With the S missing and he said Chloe.  We liked it and moved on.  Later in the afternoon sitting on the deck he said it again, Chloe and it was cemented. 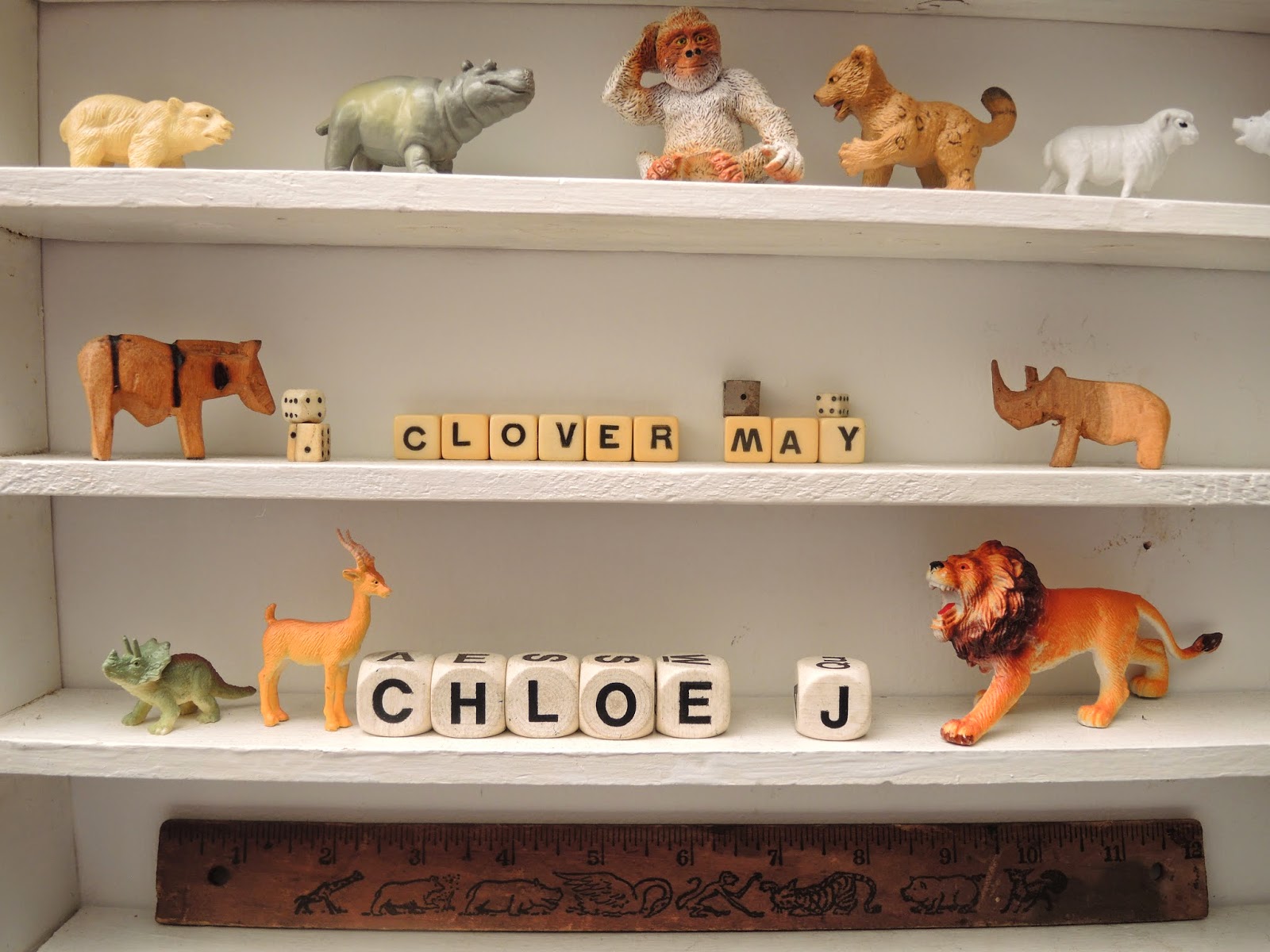 Me being a little earthy wanted a different kind of name too though.  While looking at a book of some sort or Googling of all things, hippies names for girls, there was Clover.  The proper name for Chloe.  She will be called Chloe so it mixes with society but will have the chance to be Clover is she ever chooses to be. It just all made sense.  Plus i am 100% irish desent with a bit of Scotish and French which adds up to Irish - every ancestors name is descendant of Ireland/Scotland - moynihan/watson/maguire/campbell, etc.  Clover is perfect...

Why not just Clover or Juniper (our little june bug) well for one June Bugs on The Saco River are annoying but more so it was the concern of teasing.  Which brings me to my childhood.  I was called Cow.  MooMoo for short.  It was a devastating childhood.  Here was a girl who was outgoing, forgiving and would still hang out (at least try) with those who "disliked" me.  I had one real friend who was tall so they called her Giraffe.  Kids must like animals.  perhaps that why I am crazy for animals.  There was no reason for the hatred, that I am aware of it just has to be someone.  It may have been my last name.  MOynihan.   Its ok because when you look at the cow it is revered as sacrificed, its a vegetarian, loyal, super cute and has sustained a civilization. So in fact these nasty children that teased me ruthlessly for years did me a justice.  They told me I was powerful.  They made me a kind person.

Which brings me to how Clover told us she agreed with our naming her.  My mom was in town.  We had just announced her name then were off to the grocery store.  After complaining about the hormones, GMO and nasties inside conventional milk and hearing a great public talk radio interview with MOO Milk of Maine (Maines Own Organic) I knew it was time to stop drinking the trash I was drinking.  I do not drink milk.  But i am pregnant for the first time and need to feed her well.  So at the grocery store I found the MOO milk and just as I was putting it into the cart there was Clover the Cow on the back of the carton.  My mom and I looked at each other and was like wa whaaaat!

Since then I have gone through 3 cartoons.  This morning I learned they are closing their doors this Wednesday, May 21st.  Not cool.  Not fair.  I ran off to the store this am like a parade of moms buying out twinkies (gross) only to come home with no Clovers.  I wanted to save her a cut out for her story of birth.  Perhaps there will be one on the shelf for me - we shall see.

I love you Clover "Chloe" May Janda
(who is also the 3rd CJ in the may.tree.ark line)
News article on MOO Maine Milk - please buy organic folks.