My world is beginning to echo. Strangely it has always been this way but the re occurrence is 10 fold. When I say echo I mean echo. I'll say a word and the tv, person, billboard, what have you will instantly repeat it. The strangest words too. Small example is this. I have never heard of Willoughby. Yesterday I write the word, today I'm watching The Love Letter while I update this blog. As I type the name Elizabeth I hear it yelled from the movie. So of course I look at the tv. To my surprise there is a letter sitting on the desk that reads Willoughby, Massachusetts. What are the odds of this happening. I know its an out there attitude but its strange. This happens to me 10 times a day. no joke.

What I was writing was an update to yesterday's post regarding Elizabeth Taylor...

3/24/11 Update: I ended up crying yesterday. I had no idea that her passing effected me or the world so much. While I was watching late night tellie a memory occurred to me. I was born on February 27. My grandmother, Rita was born on February 27. When we would wish each other a happy birthday my grandmother always said and "don't forget to wish Elizabeth Taylor a happy birthday" after all you were named after her" How in the world could I have forgotten this. How could it not be apart of my tapestry. Why didn't I let it in? My father called me Catie Beth, a rather rural name, don't you think.

All of this makes me wish that the inception of Matriarch Monday began with her. Although it would have brought me to my knees with all this echo malarkey. However there was a whisper in there. A small token if you will. After listening to an interview with a gentleman named Dick Cavett he stated "Elizabeth was the last of the Redwoods, only small trees are left"

Is this true? Was she the last of the great actors. And why is it that we speak of folks after the fact of life? Who else is out there trying to get our attention? Is is Ashley Judd? Is it Angela Jolie, after all she is the current counterpart with her beauty and husband taking ways. (I'm referring to Debbie Reynolds and Jennifer Aniston.) I encourage you to find out and tell me who's trying to change the world to a better place. There is solace to the fact of what was just mentioned, that we speak more of a person when they have passed and that is their voice (and message) will echo for an eternity.

I understand no one is going to compare. That there are most likely only 20 actors in this category. Is there a way we could consider some of them who are still alive to be in their cast shadow?
Jerry Lewis
Mickey Rooney
Warren Beatty
and
Kim Novak

So...this is another update... I should just leave this post open for ever more and treat this as a diary a true blog of blabber. blogging: the act of logging bullshit. or Bull

BULL
Tomorrow is Movie moment I've watched all of 2.5 movies this week. After hopping on over to Bleubird blog, because how can you not get updated on such a gorgeous woman daily?. I noticed that she chose the same picture as me for Elizabeth. She also mentioned she was going to watch Cat on a Hot Tin Roof last night. It reminded me that my husband got me a dvd set for my birthday. He thought that paul newman and marlon brando were james dean. he doesn't know. So I thought it would be good to watch Cat on a...for the first time today in order of honor and to mention it tomorrow. Funny part is I began watching last night. with all the really annoying kazoos I decided to watch it today. So the set up is even important.

Well as I am watching it the next afternoon; low and behold within seconds an echo (of a different kind) happened. I facedbooked to my friends that i feel 25 not 35. Within seconds of writing it Elizabeth states " big daddy is feeling 40 and acting 20" 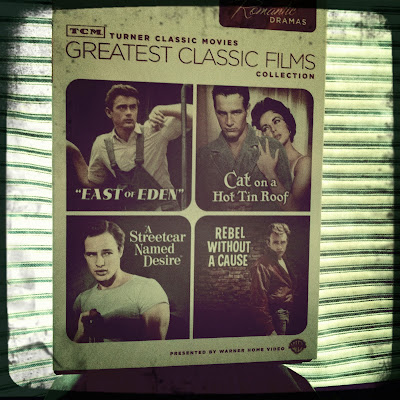