Photo of a handbag 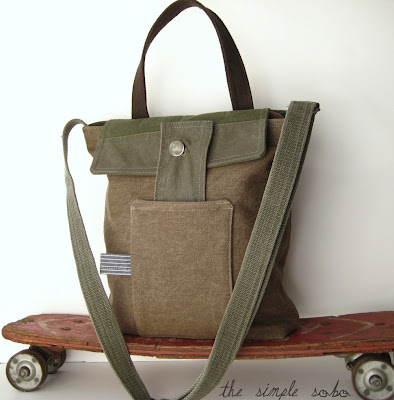 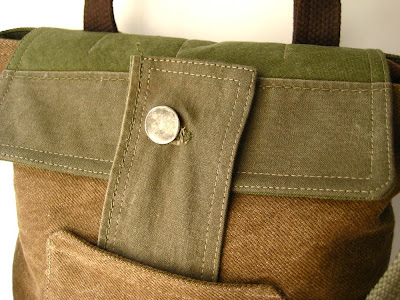 This is the latest in Simple SoBo's. I am running out of straps for the bags. Soon they will be handcrafted again. Or something else will be found. That's how things work around here. I tend to move around a lot using whatever is local in the neighborhood.

Also my camera is super duper tired. My husband and I are off in a couple days to shoot some new pictures with my dads camera. My dad was an avid photographer. He did it as a hobby. Brought his tripod and several lenses where ever he went. The model he left to me is at least from the early 90's. It's a Ricoh KR-30sp. Good, bad or ugly? Don't know. He took great photos. When I was 19 he let me take it on a road trip to North Carolina to see a friend situated at the foot of Grandfather mountain.. That was surprising he was so protective of it. I can remember his teaching on the F Stop. Too bad I don't recall a damn thing from his lessons. It's just a memory. Looking its dials, letters and numbers freak me out. You think I can find a class around here. No. We do have several universities that I will pop on over to shortly to see if there is something. The notion is exciting to get out and learn something new. Kicking it up around here, getting my nose out of the fabric will be good for me.
Email Post
Labels: handmade